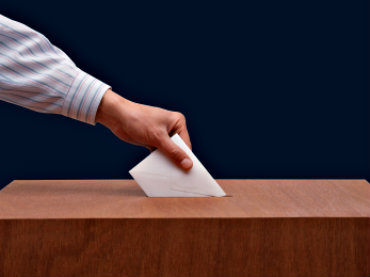 MONTGOMERY COUNTY, Texas -- Tabulating the General Election votes of November 4, was just a formality for both the U.S. Senator and U.S. State Representative District 8 positions, as well as state offices, due to the overwhelming number of early voters who voted a straight Republican ticket. The straight Republican vote percentage was 87.14% to the Democratic vote at 12.35%, resulting in a landslide victory before any of today’s precincts had reported in.

To see the total number of votes and percentages per race, visit General Election Results.

More closely contested races were run at the local level. The results of county-wide elections are as follows:

The Local Option Proposition for the City of Conroe passed.

Hospital District Director At-Large Position 2 came out in the same order the candidates were listed on the ballot: Ken Fawn, Brad Spratt, and John Nicks.

Two of the Conroe Independent School District Trustee positions provided some measure of excitement in this election. Position 3, won by Skeeter Hubert, had a candidate who dropped out of the race received 7,093 votes, or 22.08 percent. Another candidate who was non-present in the campaign, received 10,479 votes (32.63 percent). Hubert won with 14,545 votes; 45.29 percent.

Other ISD races are as follows:

For the individual number of votes and percentages, view the General Election Results link provided.

The big news of the evening is that the Republican party has regained control of the U.S. Senate.