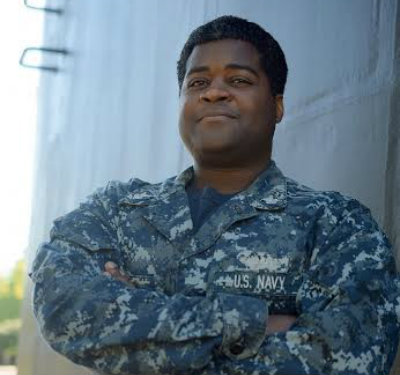 WILLIS, Texas - A 2004 Willis High School graduate and Willis, Texas native is serving in the U.S. Navy as part of a crew working aboard one of the world’s most advanced ballistic missile submarines, the USS Alabama.

A Navy logistics specialist is responsible for maintaining accountability and inventory of all parts, as well as overseeing the operation's budget.

“I like that in my job I'm responsible for ensuring that the sub remains operable and functioning,” said Moore.

Measuring 560 feet long, 42 feet wide and weighing more than 16,500 tons, a nuclear-powered propulsion system helps push the ship through the water at more than 20 knots.

The Navy's ballistic missile submarines, often referred to as "boomers," serve as a strategic deterrent by providing an undetectable platform for submarine launched ballistic missiles. They are designed specifically for stealth, extended patrols and the precise delivery of missiles if directed by the President. The Ohio-class design allows the submarines to operate for 15 or more years between major overhauls. On average, the submarines spend 77 days at sea followed by 35 days in-port for maintenance.

"Every day I am extremely proud to lead and serve alongside the exceptionally talented men and women of the submarine force,” said Capt. Mark Schmall, commodore of Submarine Squadron 17, of Bangor, Washington. "Our team is filled with dedicated, hardworking, and highly qualified professionals who hold uncommon levels of responsibility and accountability in support of our nation’s strategic deterrence mission. Their work ethic, commitment, and enthusiasm are second to none!”

Moore is part of the boat's Blue crew, one of the two rotating crews, which allow the ship to be deployed on missions more often without taxing one crew too much. A typical crew on this submarine is approximately 150 officers and enlisted sailors.

“I like the pride I receive from serving on the sub, and I'm very proud to say,‘Roll Tide!’” said Moore.

U.S. strategic deterrence promotes global stability by preventing coercion by threat of nuclear attack, helping prevent proliferation of nuclear weapons, and assuring non-nuclear allies and partners the U.S. will respond if attacked, according to Navy officials. The ballistic missile submarine force is the survivable leg of the U.S. nuclear triad. A survivable deterrent can impose unacceptable consequences even after being attacked. Ballistic missile submarines will be responsible for ~70% of deployed nuclear warheads under the New START.

Ballistic missile submarines are an effective sea-based strategic deterrent because submarines are undetectable when submerged and provide adequate range to allow operations far from adversaries in broad ocean areas, Navy officials explained. The new submarines are designed with state-of-the-art stealth to remain undetectable into the 2080s.

According to Navy officials, because of the demanding environment aboard submarines, personnel are accepted only after rigorous testing and observation. Submariners are some of the most highly trained and skilled people in the Navy. The training is highly technical, and each crew has to be able to operate, maintain, and repair every system or piece of equipment on board. Regardless of their specialty, everyone also has to learn how everything on the ship works and how to respond in emergencies to become “qualified in submarines” and earn the right to wear the coveted gold or silver dolphins on their uniform.

Challenging submarine living conditions build strong fellowship among the elite crew, Navy officials explained. The crews are highly motivated, and quickly adapt to changing conditions. It is a busy life of specialized work, watches, and drills.

"I joined the Navy so that I could see the world,” added Moore. “The respect I receive from those around me gives me a strong sense of pride in what I do.”