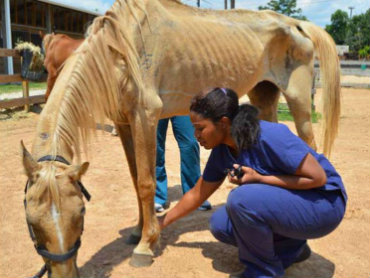 CONROE, TX (KTRK) -- New charges have been filed against the Conroe farm owner accused of neglecting more than 200 horses. Herman Hoffman and his wife, Kathleen Hoffman, face 17 new counts of animal cruelty. Hoffman is also being charged with one count of tampering. The Hoffmans already were charged with three counts of animal cruelty after Montgomery County investigators seized more than 200 horses from the Calico Diary farm last month. Authorities claimed the animals appeared to be starved and neglected. Bond was set for $12,750 for each of the new misdemeanors and $10,000 for the felony tampering charge. The two turned themselves into authorities Friday afternoon.

The Justice for League Line Road horses Conroe,Texas Facebook admins have posted that four horses seized from the Calico Dairy Farm in Conroe, had to be put down due to their condition.

The criminal trial date has been set for November 23, 2015. They also reported that only half the money needed to care for the rest of the herd that was seized, approximately 200 horses, has been raised to date. The Houston SPCA estimates that it's spending $8,000 per day caring for the horses, and more is needed.

CONROE, Texas - Justice of the Peace Judge Wayne Mack, ruled in favor of the Houston SPCA, awarding custody of approximately 200 horses to the society, in addition to a $122,000 judgement in their favor. The HSPCA has already taken possession of over 100 horses that were in need of immediate veterinary care.

Ranch owner, Herman Hoffman’s argument of ‘survival of the fittest,’ failed to sway the judge, who ruled that the ranch owners were guilty of animal cruelty. With civil court action coming to rest, ranch owners, Herman and Kathleen Hoffman, still face three misdemeanor counts of animal cruelty in a criminal court.

County-wide fundraisers are being held to raise the necessary funds to support the HSPCA’s mounting expenses to treat, feed, and rehabilitate the herd. Read UPDATE: Donation drive for seized horses at J & D Country Store July 1, for donation information.

Please include a note that you want the gift restricted to the care of the “Calico Dairy Horse Fund.”.

To make a one-time online donation, go to:

Visit the Houston SPCA’s website at the link provided, for additional ways to help.

Sheriff Bobby Rader of Liberty County has provided an update regarding the concern that the Hoffman's have another location in Liberty County that they could possibly be using as a 'dumping ground' for worst case abuses, when authorities came to investigate the League Line Road ranch.

Sheriff Rader has provided updated information regarding property previously leased by the Hoffmans in Liberty County, and states that they were evicted when notices were issued for neglect of horses. Please see Sheriff Rader's detailed accounting received by Conroe Today, at the following link...<p>

Over a dozen horses, fourteen to be exact, requiring immediate veterinary attention have been removed by the Houston SPCA, from the Premium Star Ranch. The rest of the horses and other livestock, which includes dairy cattle and goats, have been 'seized in place.'

It's been reported that the Montgomery County District Attorney arrested Herman and Kathleen Hoffman, the owners of a horse farm north of Conroe on League Line Road, Wednesday night. The Hoffmans are both charged with 3 counts each of animal cruelty and have been assessed with a $30,000 bond...$10,000 for each animal cruelty charge.

The horses are now the custody of Montgomery County. An investigator stayed on the farm overnight with the horses; the Houston SPCA will return Thursday morning to decide the fate of the horses.

Former employees and neighbors have weighed in via social media with allegations that suggest that the horses were sold as a food source, and even possibly an insurance scam. The seizure included computers and documentation to investigate the full extent of the ranch's operation.

A posting on the Justice for League Line Road horses Conroe,Texas Facebook page at approximately 3:00 p.m. stated..."The Exit and road to the Dairy is closed SPCA /HSUS/Law Enforcement/ Trailers and trucks are all at the Dairy. The seizure and raid is in progress!"

Regular updates have been posted throughout the day to keep the community informed as to the situation at the Premium Star Ranch, and Calico Dairy, which is operated on the same 40+ acres. Yes, there's cattle involved too, and 40 plus acres are definitely not sufficient enough land to run both a dairy farm and a horse breeding ranch. That's where Moss Hill in Liberty County enters the picture.

A caller to Conroe Today, who wishes to remain anonymous, said the Hoffmans either own or lease land at Moss Hill in Liberty County, and that the conditions there are just as deplorable. The caller said the location is secluded, and it's suspected that the place is used to relocate the emaciated horses from Conroe, out of the public view. Cattle on this piece of land is Angus beef cattle, not dairy cattle, and the landscape has been seen littered with dying livestock and dead carcasses. Like Montgomery County, after investigations take place, it was eventually 'swept under the rug," according to the caller.

CONROE, Texas - In what could be described as the equine equivalent of a puppy mill, a horse breeding ranch in Conroe is under investigation by the Montgomery County District Attorney’s Office for neglect of the horses on the premises. More than 30 horses have died at the facility in the last four months due to malnourishment and neglect according to former employees.

In a classic case of he said/they said...the owner, Herman Hoffman, is denying the allegations, but at least five former employees of the Premium Star Ranch contend many of the approximate 200 horses on the property do not receive adequate feed or veterinary care. In turn, Hoffman accuses the employees of not following the proper feeding instructions, and that the employees are responsible for the deplorable condition of the horses.

Hoffman admits about ten horses have died on the ranch since January, but not the thirty plus horses claimed by former employees, and he insists none of the horses died as a result of mistreatment. There is no indication why the ‘about ten’ horses died.

Hoffman's horse operation was investigated by Montgomery County Pct. 5 Constable David Hill in October 2014, after a neighbor and former employee alleged many horses were undernourished. Constable Hill said no evidence of animal abuse was found in the previous investigation, and that no one has signed a notarized statement alleging abuse at the ranch since last Saturday.

Located at 10066 League Line Road, this is the same horse ranch that resulted in a Facebook page being set up to draw attention to the plight of the neglected horses, titled “Justice for League Line Road horses Conroe,Texas.” The Facebook page was established in October 2014, at the time the Pct. 5 Constable’s Office was called to investigate the ranch.

Photos of the horses can be viewed on this Facebook page at Justice for League Line Road horses Conroe,Texas. Readers can take a look and draw their own conclusions. It is recommended that you scroll back to Oct. 2014, and read forward. Postings talked about the putrid smell of rotting carcasses, and expressed repeated frustration with the apathy and bureaucracy they were confronted with.

The Facebook page posted that it was also in October 2014 the ranch’s website had changed the name to “Premium Star Foundation QUARTER HORSE Rescue.” One Facebook entry stated they didn't accept the donations offered...of feed, hay, and homes, yet photos of the emaciated horses were posted to the Facebook page set up in an effort to save the horses.

“Dead horses laying in the pasture 3~4 year olds not even halter broke.”

“You can see a foal by its mother in one and she's starving.”

“He was seen rolling a horse over on the ground with great force that was unable to get up . When it got up it appeared to have a broken leg as it was dangling.”

The Facebook postings also express frustration with the bureaucracy, apathy, and lack of initiative on the part of those who could have rectified the situation sooner, when it was originally brought to light nine months ago. Not unlike the Holocaust when neighboring villages ignored the stench in the air.

The persistence of the protesters has finally paid off via social media. One of the major television stations reported on the conditions of the ranch this evening.

The ranch purports to be a breeding facility, so even as young as a colt, if confirmation and certain qualities were lacking, it could be a death sentence. The motto at Premium Star Ranch...“Where Quality Speaks for Itself.” Who speaks for the horses? A handful of protesters on the Justice for League Line Road horses Conroe, Texas who continued to speak out because the horses couldn’t.

A Facebook petition is being circulated for people to sign and express their outrage about this situation. Sign at Justice for Tequila! Severely Emaciated, Neglected and Mistreated To The Point Of No Return!. The petition will be presented to the Montgomery County Sheriff's Office, Sheriff Tommy Gage, Chief Deputy Randy McDaniel, & District Attorney Brett Ligon. 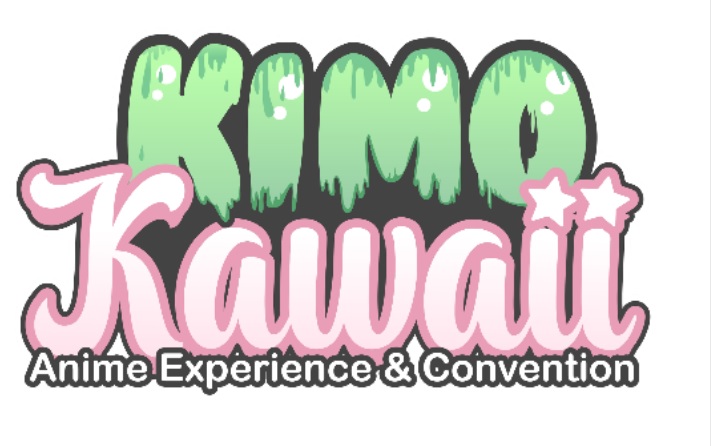