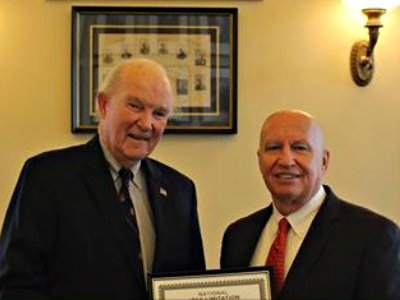 “Congressman Brady has led the battle on behalf of taxpayers to reduce tax rates and the complexity of the tax code, to provide incentives for private savings, investment and job creation and to control the growth of federal spending. And now as Ways and Means Committee Chairman he is committed to fixing our broken tax code and leading Congress to act on major, economic growth inducing tax reform.

“Congressman Brady has been a major asset to taxpayers all across America during his congressional service. He has had the courage to challenge the orthodoxy of Washington special interests. His leadership is vital to America’s future,” concluded Uhler.

Background information: Since 1975 the National Tax Limitation Committee, a 501(c)(4) grass roots taxpayer activist organization, has worked to limit taxes and spending and to reduce the size and scope of government at all levels. NTLC has led the national movement for constitutional tax and spending limits at the state and federal levels. NTLC publishes a congressional scorecard at the conclusion of each Congress, as it has for more than thirty years.